They’re beautiful. So why aren’t they smiling?

If every picture tells a story, why don’t fashion brands try to tell more of one with theirs? Invariably, most ads in the category show all sorts of impossibly beautiful models, pouting, brooding, staring. Don’t these morose souls ever smile? Okay, maybe they’re hungry. But seriously, isn’t this stuff supposed to be aspirational? Most of these poor creatures look as ridiculous as Ben Stiller’s ‘Blue Steel’ pose in Zoolander, his facetious send up of the industry.

For example, what story is this Links ad telling? Of what ‘courage and honour’ do they speak? More likely, this sourpuss is fuming because someone cut the dessert line and took the last profiterole. 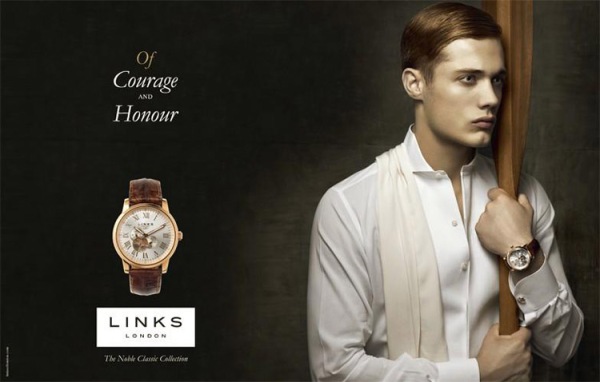 How about the woman in this Bottega Veneta ad? She’s wearing a fabulous outfit and some incredible jewelry. Why go all Ilsa She Wolf of the S.S. on us?

And if I didn’t know better, judging by the severity of the cheerless campaign that Karl Lagerfeld shot for Chanel, I’d think he was single-handedly trying to bring back Moe Howard’s haircut.

Burberry’s playful ads with Eddie Redmayne and Cara Delevigne are a welcome respite from the glumfest. They’re frisky and fun–much harder to pull off credibly than it looks. There’s a bit of mystery here, they’re telling a story. I’d like to grab drinks with these two, get up to some mischief. 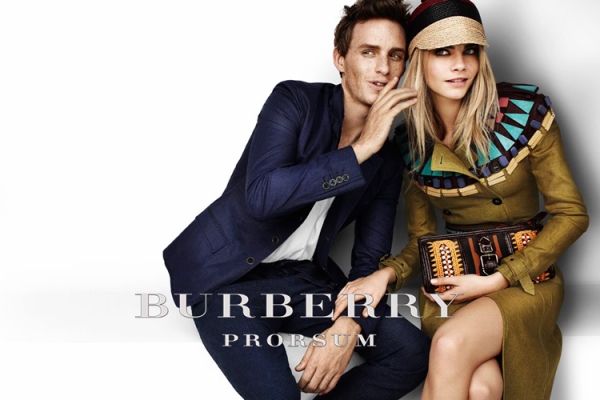 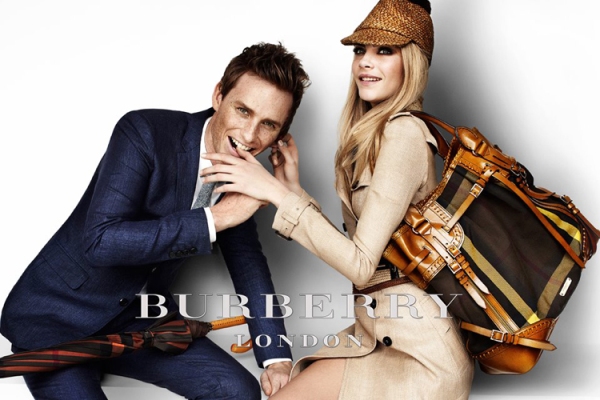 The serious tone does work, however, in Dior’s campaign starring the achingly beautiful Marion Cotillard. Naturally, she’s as stunning as ever (duh). But because she appears to be teetering in sky high heels on the Eiffel Tower, she also seems vulnerable. The photographs have a Hitchcockian air of drama to them. They invite you to fill in the blanks, but they also drive you to a series of short online films that tell the rest of the story. 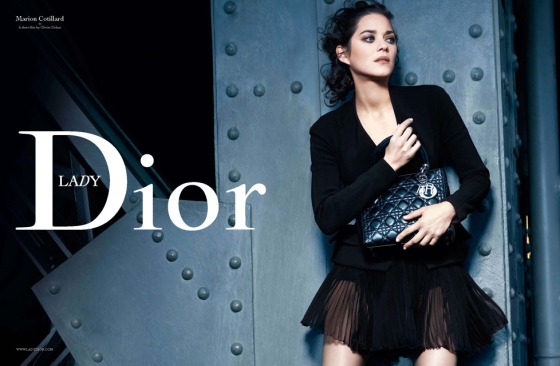 Even if they’re unwilling to loosen up, can’t fashion ads at least have more of a concept? Sorry, folks, but a logo is not a concept. I get that a lot of this stuff is fantasy, an escape from our mundane existences, but would it kill you to have a bloody idea?

Louis Vuitton got it right with the Keith Richards installment of their ‘Journeys’ campaign. There’s Keef, immortalized in an Annie Liebovitz portrait, playing his black ES-355 in a NYC hotel suite at 3 a.m. The obligatory product placement is there (an LV guitar case on the bed? C’mon). But as a die-hard fan, other details ring true: Skull scarves draped over lamps, antique books and a magnifying glass (he’s a voracious reader), an adult beverage on the nightstand. The world-weary look on his craggy face speaks volumes. 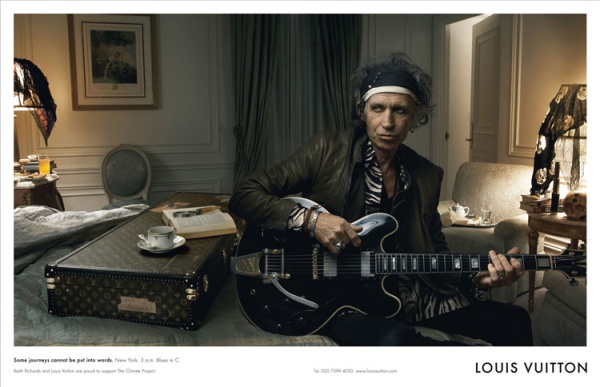 They could’ve just slapped a big honking logo across the bottom and left it at that. Instead, they added (‘Sacrilege!’) a headline: “Some journeys cannot be put into words.” Seven little words that tie it all together. (Ironically, Keith did put his journey into words in Life, arguably the best rock bio ever written. Whether he should be shilling for LV is debatable, but at least he donated his proceeds to The Climate Project.)

As a big music fan, I’m also a sucker for John Varvatos’ long-running campaign using rockers shot by Danny Clinch. These wordless ads say plenty. And they just ooze the attitude that Varvatos, a Detroit boy made good, was after. 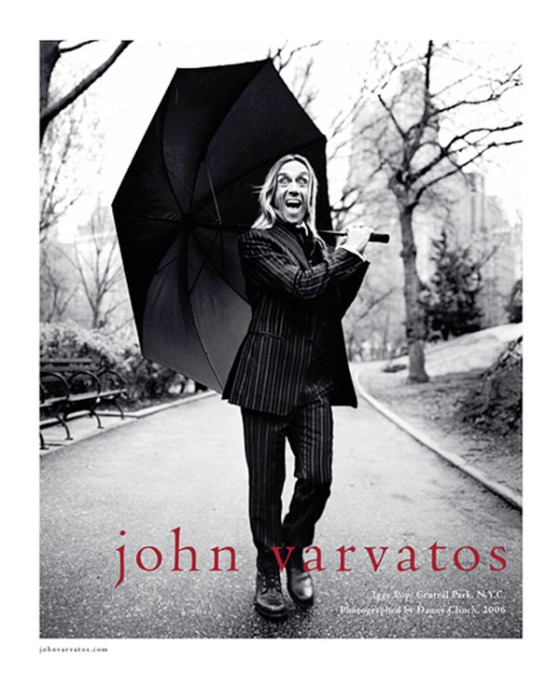 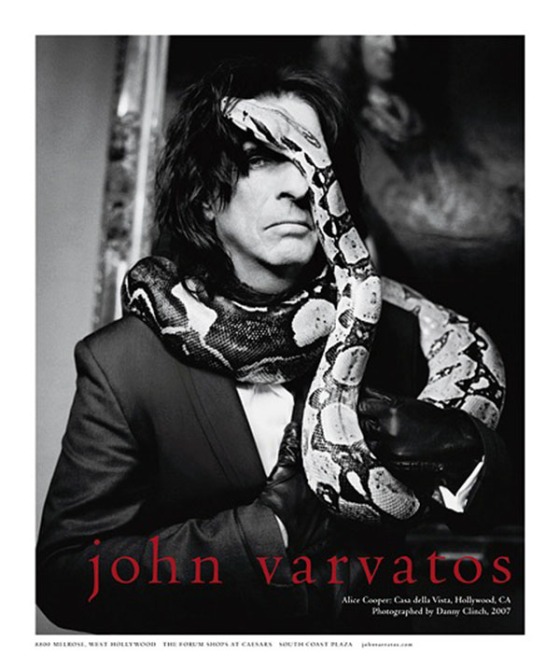 Not surpsingly, most commercials and videos in the category also miss the mark (‘Egoiste!’ anyone?). But one big breath of fresh air is Wes Anderson and Roman Coppola’s recent three-ad campaign for Prada, starring the adorable Léa Seydoux. The casting and storytelling are spot on in this charming take on Truffaut’s Jules et Jim.

H+M’s underwear spot starring David Beckham works as well. Instead of just ogling him like the tattooed beefcake that he is, this Guy Ritchie short tells the story of Beckham in pursuit of a lost robe. Even though it strains credulity, it sells something as basic as underwear by entertaining us.

Speaking of basics, years ago, I worked on the advertising for Cole-Haan. We were introducing men’s socks. The budget didn’t allow for models or anything even remotely sexy. So instead, we did a cool shot of the socks tied in a knot and I added a pithy headline: “Sometimes the height of fashion is less than knee high.” Genius? Hardly. But I’d like to think the readers of GQ and Esquire got a kick out of the subtle wink.

The lesson for fashion brands? Don’t take your target for granted. Yes, your new collections are fabulous and our humdrum lives won’t be complete without them. But putting a little more effort into your ads by telling more of a story (visually, verbally or both) will pay off handsomely. By giving your audience a bigger reward for their time and trouble, you might just garner more of the attention you all so desperately crave.

4 thoughts on “They’re beautiful. So why aren’t they smiling?”